Kim Goodwin got more than 50 000 retweets and 126 000 likes on a flow chart. A chart she made after being asked many – many – times by her male coworkers whether a certain behavior is mansplaining. So, no more doubts, just follow the chart.

We are many who are painfully aware of the phenonema. But still there’s a lot of people, definitely mostly men, who need an explanation of it – what mansplaning really is.

Kim Goodwin, one of the speakers at FBTB19, got tired of the question from her male coworkers.

"When people (almost always men) explain the product design methods in my own book to me, I say I’m well-acquainted with them, mentally roll my eyes, and move on. I hadn’t developed a succinct explanation for what distinguishes mansplaining, so I spent a few minutes drafting a diagram, as I often do to examine or explain ideas in my work.", Kim Godwin wrote on BBC about the issue.

She made a flow chart of it and posted it on Twitter. It got extremely popular, and discussed.

"Thousands of female-appearing Twitter users started sharing the post, asking to print it on business cards or staple it to the foreheads of men. Some added: asking first is polite behaviour for any gender.".

"Responses from male-appearing Tweeters were more mixed. Some responded with mansplaining, either explaining sexism to women or asking how women would learn if men didn’t share their knowledge. Many said the diagram was helpful."

And you have to take a look at some of her comebacks on the critique: 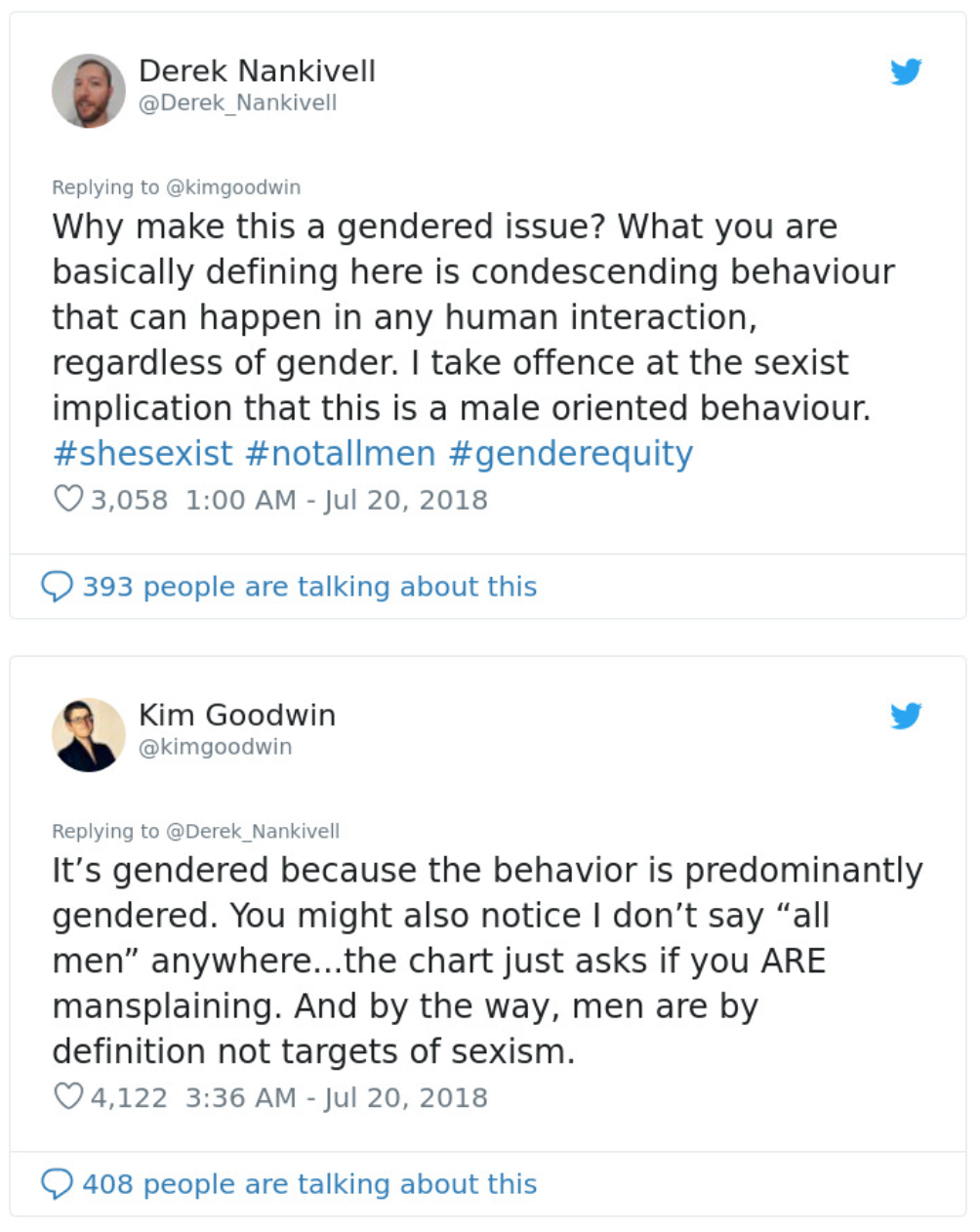 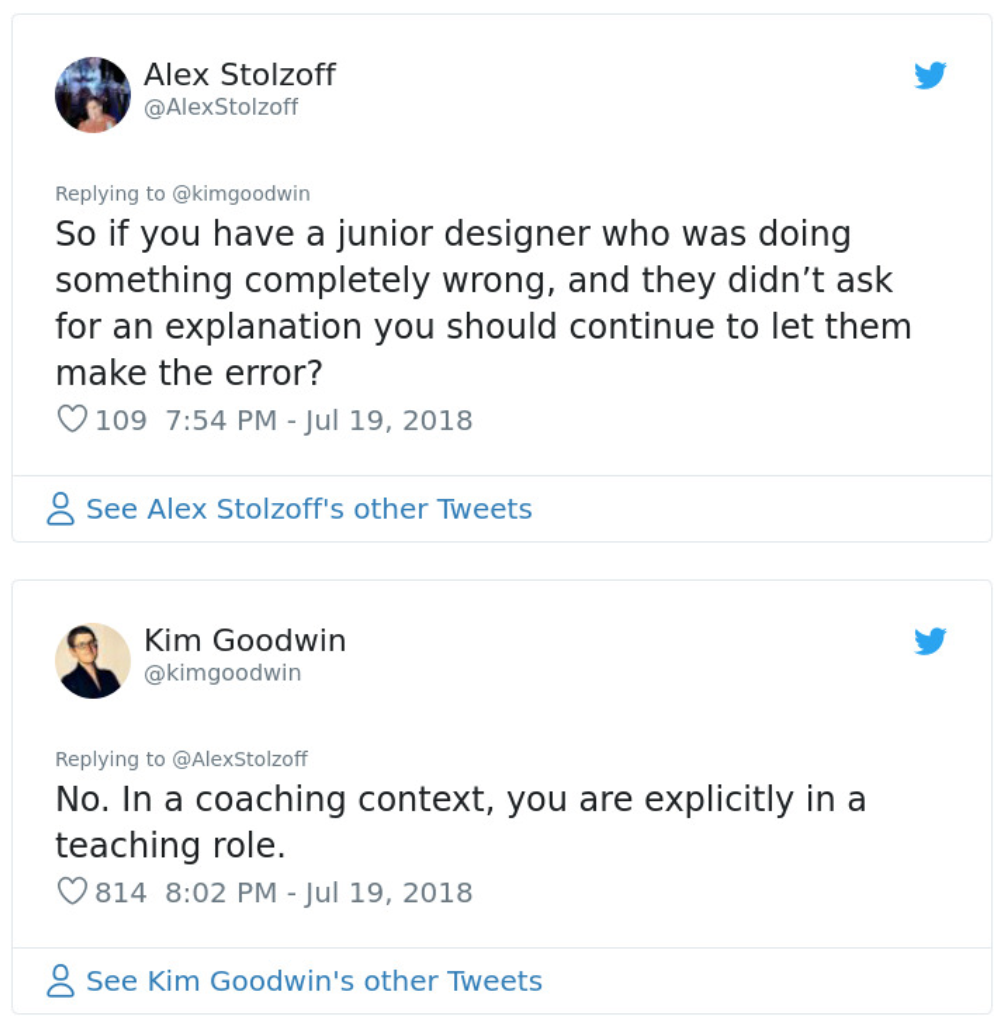 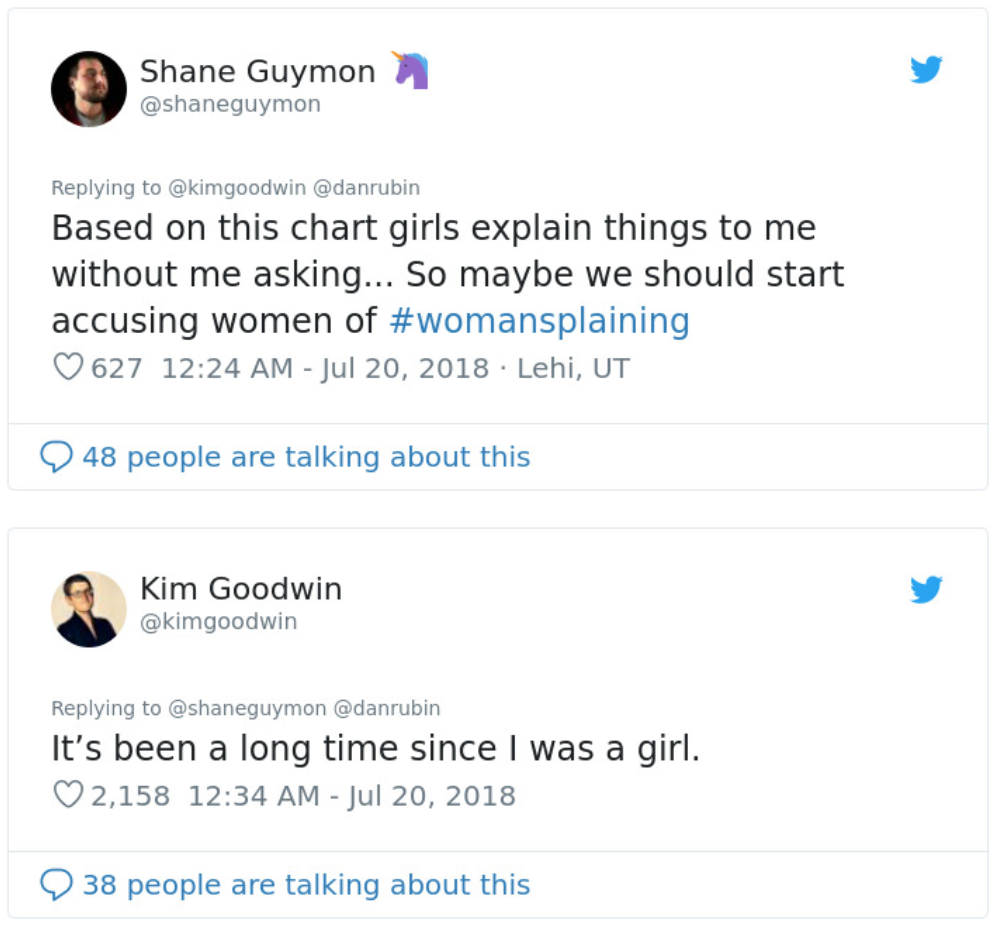 "Mansplaining may seem like a trivial issue in isolation, but how we communicate tells other people how much or little they are valued. And in my experience, humans feel better, work more effectively, and behave better when we feel valued ourselves.", Kim Goodwin summarized on BBC.

We asked Kim if she ever will post some similar chart on Twitter on some similar issue, and also if she is looking forward to coming to Sweden for From Business to Buttons...

– Considering how useless my Twitter feed became until I muted the thread, I might think twice about posting similar charts. I’m looking forward to seeing you all in May, she says.