One year ago we were playing with the idea of developing a completely new app that would change the way AfterPay works. And even more unbelievable is that only 6 months have passed since we started working on designing the app.

These past months have been big for us at InUse. Our client, AfterPay, has released a brand new mobile app in Germany that has marked a shift in the way of working, driving cross-functional development, and building products based purely on user insights.

AfterPay is a payment-after-delivery service provider available throughout Europe. Their mission is to make flexible and transparent payments to help users take control of the products they buy and how/when they can pay for them. Together, since 2016, we have been designing new products and services, keeping the user at the center of the conversation.

About one year ago things looked very different. The business team would identify needs that would be designed and eventually developed. The app started with a need that AfterPay clients (merchants) identified based on their users’ shopping behavior. The new app project allowed the opportunity to start rethinking how we could design a platform that could drive a positive impact. So we started from scratch. Starting from scratch didn’t only mean how AfterPay designed their services, but how the team worked, how user feedback was considered and utilized, and how business was involved in the product development.

We decided to start this new era with experiments. Experimenting with as many different areas as we could: new design, different team setup, more research and data consumption, test stages, and continuous restructuring in order to learn and repeat with other teams.

It was very clear to us when we embarked on this project that the framework for the existing AfterPay platform had to change. AfterPay’s previous responsive website, although visually appealing, did not fully satisfy all the needs that the users’ have. It was not transparent enough, lacked clarity on invoice statuses, and confused users by placing too many options on the same page.

One of the first changes we did was to create experience principles that could help guide our decisions. So that all our team members, from architects to designers, could aim for the same type of experience. Our ambition was to develop an app that can help the user be: confident, at ease, empowered, and feel delighted in regards to their invoices.

Secondly, we focused on setting a new framework for the app. Restructuring pages and statuses that allowed highlighting open/recent purchases while removing all other distractions. This is true even for the notifications, where we remind the user of their open payments just as a friend would: a few days before, 3 days before, and on the day it’s due. It might sound silly to think this is a new approach, but you would be surprised how many payment companies don’t follow that pattern due to the fact that delaying/skipping notifications brings them larger revenues. A pattern that Afterpay did not want to use! AfterPay instead chose to do revenue cannibalization, which is negative in the short term but reasoned that in the long term it's better due to the fact that users will choose AfterPay for their clarity and transparency.

With the opportunities of a new design, a new systematic design approach also emerged. This means that we use atoms and components for all of our new assets. Making it easier for AfterPay to reuse the design throughout their different applications and remove a lot of the time spent coding double items. And, although the design system is still in its infancy, we are completely prepared for the shift to happen any day now.

The way business, development, and product designers have been collaborating in the past is what’s typically called “scrum-fall”. We changed this by creating one test team that could focus on launching a new app with a completely new framework. For this team, we prioritized collaboration and ways to adapt to change. This worked wonderfully, even if our documentation suffered a bit in the process, we got back-end and front-end to help in designing the new app and the features to come.

Some of the main drivers that have allowed this change to happen are that the team started all together at the same time, they changed the architecture and started building a design system, and have been creating a roadmap together. And of course, this could not have happened without AfterPay’s management creating a space where the team could experiment and feel safe in.

Looking at the roadmap and setting the OKRs together has made the team focus on a common goal which brings belief and trust in what they do every day. We have reached a point in our communication where we can express ourselves and shift focus according to what we consider is most important as a team. The team now focuses on the outcome of what we build, not the output in the form of released features.

We made sure to package this new way of working and have expanded it to 3 teams in total. Of course, we are constantly experimenting and improving how we communicate and deliver to each other but with a truly agile mindset. Currently, we are also including a dual-track approach, driving research at the same time as we deliver to the product. 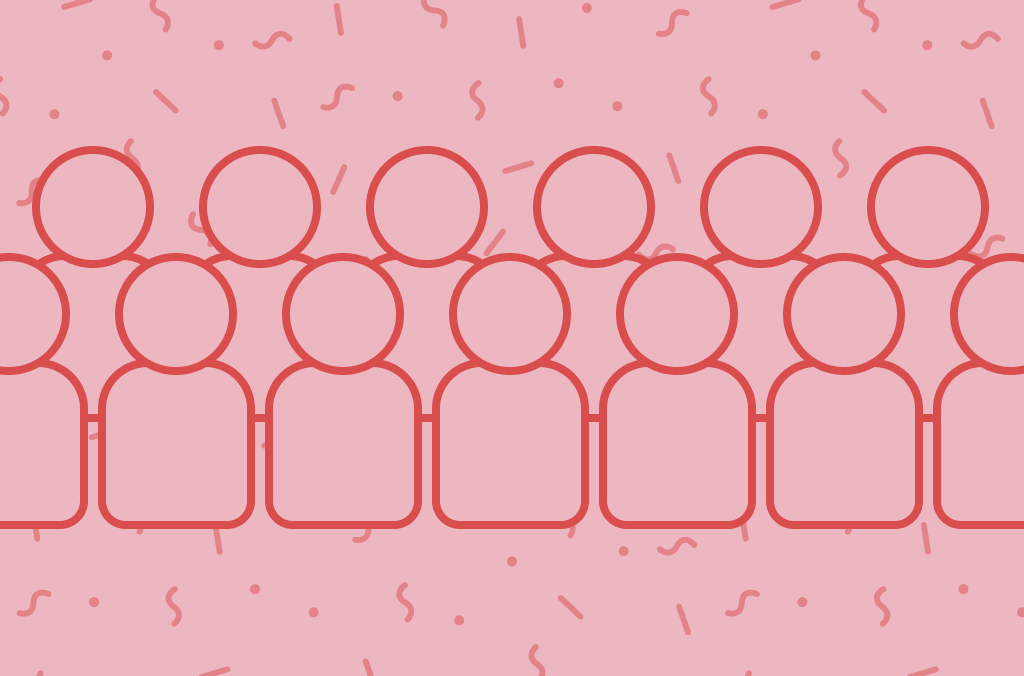 Now that we had a team that could move much faster and with different perspectives, we needed to make sure that user insights and behaviors were at the center of each conversation. In order to do this, we created an app release plan that involved all sorts of user research that would ensure that we built the most important things first. The results from this have also helped the organization see the value of user insights, making usability tests, interviews, and valuable metrics part of the daily work. To this day, every Friday we have fade-out meetings in which we discuss what we have learned from the users that week.

Another aspect of research we have approached is the ownership of the dialog. AfterPay had previously hired external vendors to produce usability tests and deliver insights back to them. By adding feedback forms, contacting our users more often, and removing the fear of talking to users, we gave them ownership over their audience. This has now allowed them to depend less on external companies, drive research internally, and make decisions based on user needs. Allowing AfterPay to work more with accessibility, desirability, and inclusivity.

We are at the point where there is so much research we are being asked to deliver, that we need to grow our team by including data scientists and user researchers. This is an amazing step for AfterPay’s maturity.

Releasing a new payment app is not easy. There are many edge cases and stability issues that can really damage your users’ trust. In order to release an app that would minimize these issues we created a release plan divided into stages: alpha, beta, live, and smaller releases in between.

Although this approach to releasing is not new, the goals we set based on feedback, data collection, and stability are. We moved forward only when we had collected enough feedback and looked at what steps to include in our next release. Each release came with different marketing, a new approach to feedback, and new quality goals.

It’s really nice to see that these types of stages have now become part of AfterPays DNA. They want to release other features by releasing partially or even in an alpha-beta step approach. Changing the mindset of releasing a finalized product, to continuous releases based on user feedback. Nowadays, we even release undone features with the sole purpose of testing and evaluating them, making sure we improve them before we can move on to something else.

Going live was a great feeling, so many hard-working months that could be drilled down to 2 buttons in the app stores. We all gathered Tuesday night to fill in the forms and release it together. One week later we had 5k downloads and tons of feedback coming in through our different channels. So many of our users had been waiting for an app to exist, to be able to be reminded of their payments in the right context, and to have a clear overview of what they purchase with AfterPay.

After we went live in January, we also prepared new team structures that could support optimizing the app, localizing the app, and designing new payment services. For this to happen we joined forces with other teams working on other consumer platforms to have enough team members to have mini-teams. We call them mission streams. With different focuses within the app, still with unique OKR’s, we can have dedicated teams that focus on solving different problems as a team instead of being spread out over a whole consumer app. When we initiated the teams, we encouraged people to decide where to be placed so that they could try building new parts of the consumer platform. Of course, this was with the promise that we would shift teams around every quarter.

This setup has been working well so far. In these mission streams, we have focused conversations on what we want to achieve, we challenge each other and even build our roadmap together. We do have a few hiccups like the speed of our continuous releases, blocking each other sometimes and of course making sure we keep together as a team and avoid silos.

Well, we could not be happier with the feedback we are getting. We have been steadily above 4.5 stars with good retention percentages. Users are sending us feedback in which they thank us for making it possible for them to pay in time or even buy that pair of shoes they were struggling with before. And yes, we also receive negative feedback which just means that we need to keep working hard, debugging and releasing new exciting things to improve their experience. In the end, it is our users' needs that help us build and optimize our roadmap so that we deliver a product that is not only usable but useful and desirable. 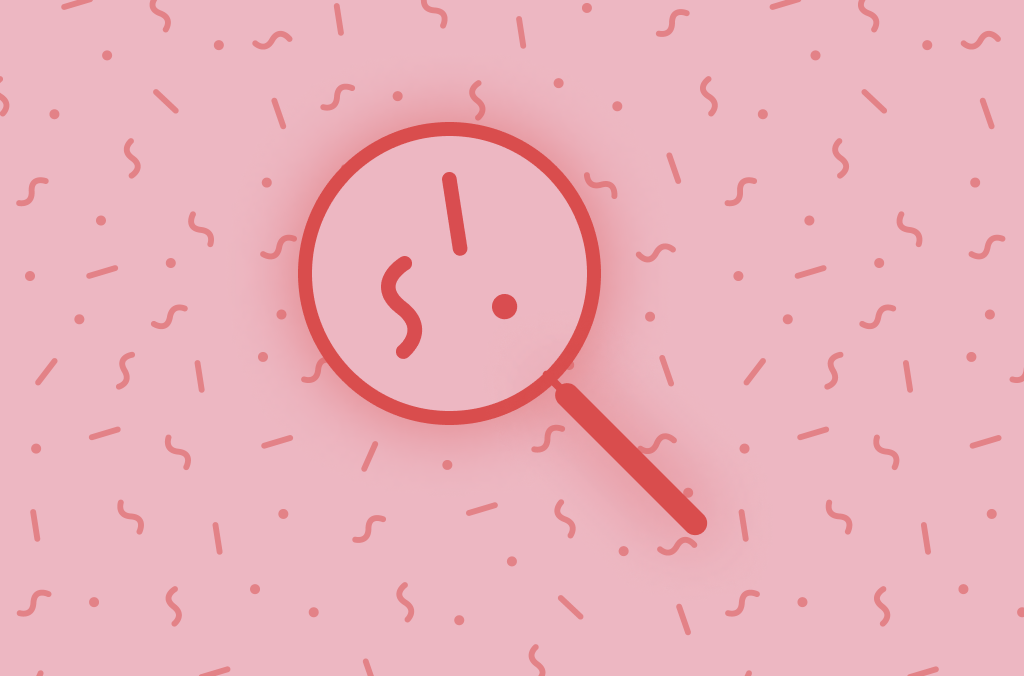 Our next project is releasing the app to the Netherlands where we will take over the existing app that currently has 300k active users. And of course optimizing the app continuously with what we learn every week, each time making faster releases, with better quality, and always as one strong team. Our consumer app is also the platform the business uses to create revenue, driving service fees instead of penalty fees, therefore it has become an essential part of AfterPay.  This might mean a new team structure, new ways of getting user feedback and even new goals for the year. However, we will test again and hopefully be able to give you more insights into what worked or not in a whole new setup, an organization is always a living organism.